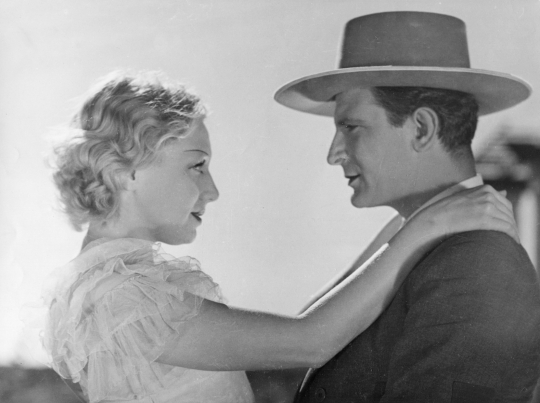 António Lopes Ribeiro (* 16 April 1908 in Lisbon; † 14 April 1995 ibid.) was a Portuguese film director and producer.
After graduating from high school, the Liceu Pedro Nunes in Lisbon, he began studying at the Instituto Superior Técnico, the Faculty of Engineering at the Technical University of Lisbon. Following his passion for films since childhood, he broke off his studies and became one of the first film critics in the country in 1926. He first wrote for the magazine Sempre Fixe, then for the afternoon newspaper Diário de Lisboa (published 1921-1990), in which he ran a cinematic weekly column under the pseudonym Retardador for several years. In 1930 he founded the film weekly Kino, which he directed for one year. In the following decades he continued to write theatre, circus and film reviews for various magazines and newspapers, including A Bola.

After he already worked as a hobby film maker since his youth he shot his first movie under professional conditions in 1928. In 1929 he travelled to the most important film studios of Europe in Paris, Berlin, Moscow, Vienna, Milan, Nice and Barcelona. Still in the same year he shot the Portuguese scenes for Erich Schönfelder's film Fräulein Lausbub. In 1933 he shot his first feature-length film (Gado Bravo, engl. "Wild Cattle"). In the following decades he made over 50 films, including many reports, documentaries and feature films for the repressive Estado Novo regime of Salazar (1889-1970), but also some of the successful Lisbon comedies of the time.

António Lopes Ribeiro was also active in radio. From 1933 to 1936 he worked at the Emissora Nacional, where he headed the record archive from 1935. He was also active as a theatre director and ran the Os Comediantes de Lisboa theatre company from 1944 to 1951. Ribeiro was also a film producer, especially with his production company Produções António Lopes Ribeiro, founded in 1941. From 1938 to 1943 and from 1957 to 1974 he was chairman of the Portuguese film workers' union (Sindicato dos Profissionais de Cinema). Portuguese Television (RTP), which started in 1956, broadcast his programme Museu do Cinema from 1957 to 1974.

António Lopes Ribeiro is the older brother of Francisco Carlos Lopes Ribeiro (1911-1984), who as Ribeirinho was a well-known actor and theatre director in Portugal.