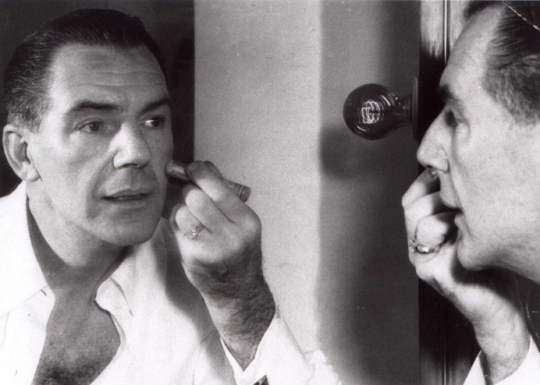 The Man Who Drove With Mandela

In 1962, at the height of oppression in apartheid South Africa, a gay white theatre Director was arrested with Nelson Mandela. His name was Cecil Williams. This is his story. This film is an unusually revealing portrait of one of the historic figures behind Nelson Mandela’s long struggle for freedom in South Africa. In the early 60s, Mandela traveled incognito across South Africa, orgainizing armed rebellion against the apartheid regime. Driving a gleaming Austin Westminster, Mandela was disguised as the chauffeur for an elegant, impeccably dressed white man. That man was Cecil Williams – a leading Johannesburg theater director, a committed freedom fighter and a gay man. Starring Corin Redgrave, “THE MAN WHO DROVE WITH MANDELA”, blends dramatized accounts of key incidents in William’s life with archival footage, home movies and contemporary interviews to tell the story of the personal and political bravery of a forgotten hero. (Source: Jezebel Productions)

Greta Schiller is an award-winning independent producer/director of documentary films and the co-founder of Jezebel Productions, a women’s nonprofit production company since 1985. Over the first three decades of her career, her work focused on unearthing lost histories of marginalized groups and writing their experiences into the cultural narrative. For her films Before Stonewall, International Sweethearts of Rhythm, Tiny & Ruby: Hell Divin’ Women, Paris Was a Woman, and The Man Who Drove with Mandela, among others, she has received two Emmy Awards, the first US/UK Fulbright Arts Fellowship in Film, Audience Awards for Best Film at numerous festivals from Berlin to Paris to Seattle, and artist grants from the National Endowment for the Arts, New York State Council on the Arts, and New York Foundation for the Arts.