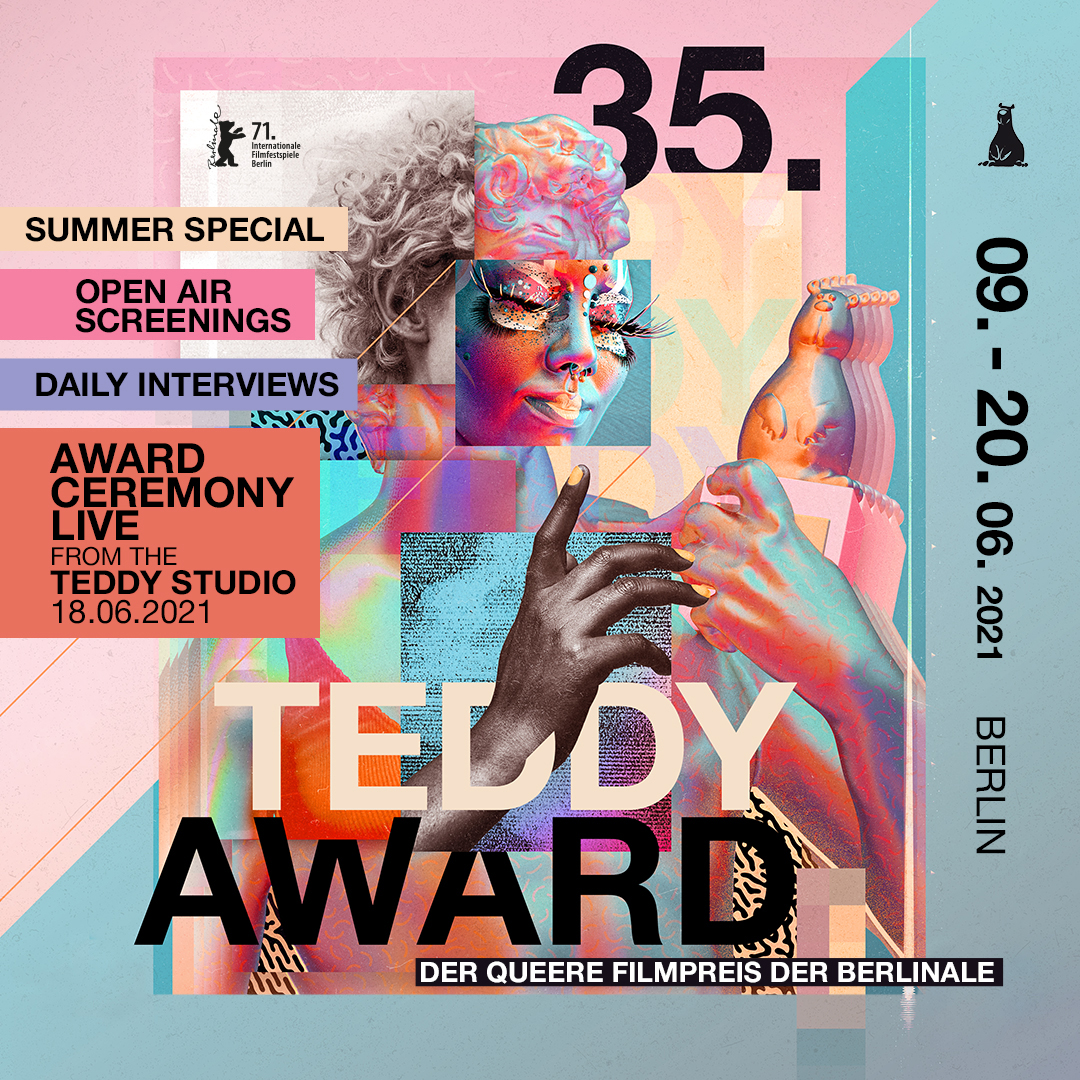 Like most events during the pandemic, the 35th TEDDY AWARD will have to take place in a different form this year. Following the successful first stage – the Industry Event from March 1-5, 2021 – which saw daily live studio talks, discussions, panels and interviews on current films and developments in the queer media industry, the TEDDY AWARD is also part of the 71st Berlinale’s Summer Special from June 9-20, 2021 with reports and interviews on the queer films at the festival.

Due to the ongoing pandemic-related restrictions, the award ceremony will take place entirely online and will be streamed LIVE FROM THE TEDDY TV STUDIO at teddyaward.tv/live. 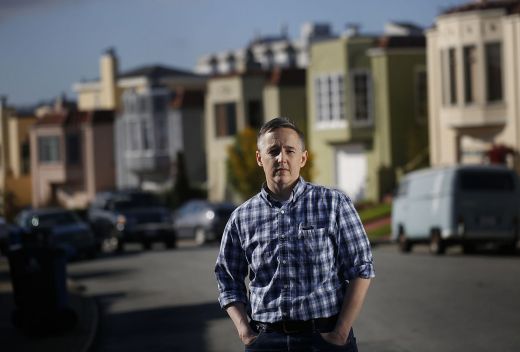 In addition to the awards for current films, the TEDDY Foundation also presents the Special TEDDY AWARD for outstanding achievement and long-term service to a figure from the creative industries whose work has made an exceptional contribution to a wide-scale public perception and reception of queer perspectives in art, culture and the media. Previous winners of the Special TEDDY AWARD include Tilda Swinton, Werner Schroeter, Ulrike Ottinger, Monika Treut, John Hurt, Udo Kier, Christine Vachon, Joe Dallesandro, Evita Bezuidenhout, Rosa von Praunheim and Elfi Mikesch.

This year's Special TEDDY AWARD goes to the film curator, archivist, filmmaker, writer and LGBT film historian Jenni Olson for her decades of bridge-building work with which she has made queer film history visible and tangible.

Jenni Olson’s enthusiasm for the medium of film manifests itself in innumerable ways. She always finds the right instrument with which to put her curiosity and fascination into practice. She fights for the preservation and distribution of cinematic legacies and orphaned film copies, promotes emerging talents and has created her own cinematic oeuvre. She draws on a queer film network she herself has strengthened and expanded over the decades with her collaborations and influence. Jenni Olson embodies, lives and creates queer film culture.

This year, three well-known filmmakers and festival organisers will select the winners in the categories of Best Feature Film and Best Short Film from the nominated queer films from the Berlinale, and will present the TEDDY Jury Award.

Sylvie Cachin is a film director whose award-winning films enjoyed success at numerous festivals before she joined Everybody’s Perfect – Geneva International Queer Film Festival as the artistic and general director in 2017. With a university education in art history, history and Italian language and literature (in Switzerland, Rome and Paris) and a master’s degree in film (from Geneva), she has worked in her own company, Lunafilm, as a screenwriter, cinematographer, editor and producer. Driven by a sense of exploration and freedom, she is radically committed to auteur cinema and to queer and feminist gazes. Passionate about experiencing and sharing a wide range of artistic moments, her programming aims at offering a new magic every year. 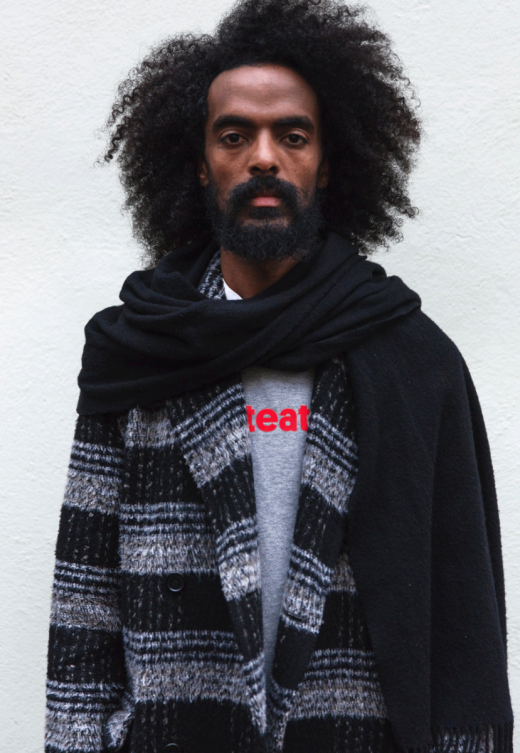 Samuel Girma is a curator in film and art, a community organizer and an activist based in Stockholm. He is currently undertaking research for an upcoming experimental short film about James Baldwin’s queerness and launching a Black cultural space for film and art. Samuel is a co-founder of the anti-racist, intersectional and feminist platform, Black Queers Sweden. Born and raised in Ethiopia, he emigrated to Sweden at the age of 13, a move that has greatly affected his view on Blackness and the experiences accompanying migration. Much of Samuel’s work, art and writing is inspired by and focuses on the experiences of Black bodies. 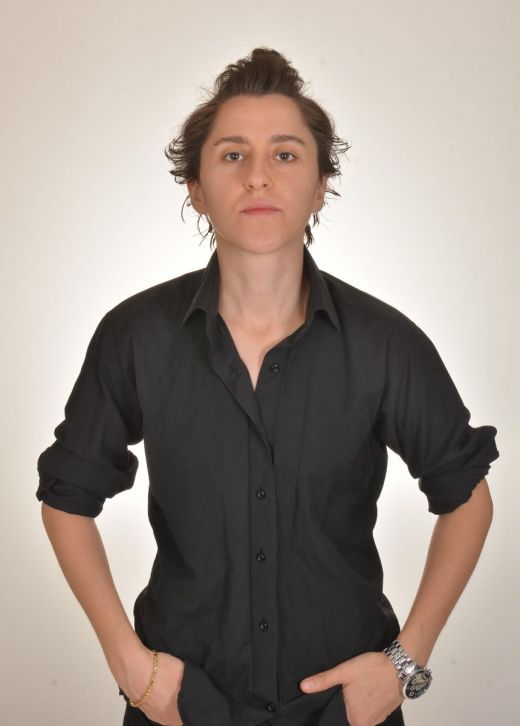 Esma Akyel is a LGBTI+ and transfeminist activist from Turkey. They are the director of Pink Life QueerFest which was established in 2011 and is the first and only queer film festival in Turkey. The festival is organized by the Pink Life LGBTI+ Solidarity Association which is also the first and biggest trans self-organization group in Turkey. Esma is a board member of ERA - LGBTI Equal Rights Association for the Western Balkans and Turkey. They are also one of the curators of QueerFest Berlin. They have a master’s degree in media and visual studies from Bilkent University..

Check out the Video On Demand Clips of ourl Livestreamings, Talks and Panels 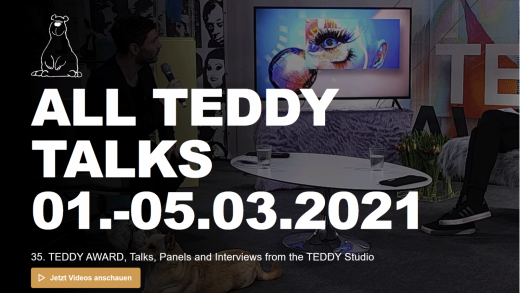 16.00 A DIRECTORS EXCHANGE: our role in writing queer history
Milica Tomović, director of Kelti, Monika Treut, director of Genderation and Eliane Raheb, director of Miguel’s War each take a unique approach to moments of queer history in their films, that not only look back but also forward to what that documentation in time means for our future. Each filmmaker deals with either social, personal or political aspects of (queer) history and sheds a light on- and changes/creates a queer narrative. How specific/individual and self-reflexive are those different approaches and do they, besides portraying of queer protagonists, offer universal options of life in opposition to heteronormativity?
Moderation: Kristian Petersen
Gäste: Eliane Raheb, Milica Tomović, Monika Treut

16.00 TEDDY Talk – From Live to Dial Up Content: Queer Films Festival Trajectories after moving online
With global lockdowns forcing many queer film festivals to adapt a community event that is made to bring people together, to one without a physical community. How has the path changed for Queer Film Festivals? In order to reflect on how this affected our audiences, our filmmakers and our organizations, an evaluation is required. Did having a wider online presence bring in more viewers and how does the introduction of online screening platforms influence the future of Queer Festival Programming? With the large network of Queer Film Festivals being often the sole distribution for many films, does the element of an online screening modify this network and will this platform be an integral part of our future?
Moderation: Bartholomew Sammut
Gäste: Skadi Loist, Nick McCarthy, Sridhar Rangayan, Sylva Häutle, Muffin Hix, Jay Lin

16.00 TEDDY Talk – A look back to the future: Distribution Strategies in the wake of a Pandemic
Looking back at a number of films that celebrated their premiers at the 70th Berlinale and how their distribution path changed in the wake of covid, global lockdowns and online festivals. From short films to features and documentaries, we speak with Producer Paulina Lorenz, Director Ray Yeung plus industry professionals María Vera from Kino Rebelde, Björn Koll from Salzgeber and Martin Gondre from Best Friend Forever to see how their initial plans changed after the Berlinale. What were the challenges and how did these film teams come together to navigate a strategy when making any sort of plans seemed impossible.
Moderation: Merle Groneweg
Gäste: Paulina Lorenz, Ray Yeung, María Vera, Björn Koll, Martin Gondre

16.00 TEDDY Talk – Building A Nurturing Work Environment for Queer BIPOC Industry Executives
The film industry can be a minefield for those embodying intersectional identities. 2020 saw a myriad of public commitments to equity and inclusion, but what work has been done internally to ensure that these organizations are equipped to be safe spaces for their LGBTQ+ Black, Indigenous and POC staff and artists? Taking a queer lens to Iyabo Boyd’s provocation to Build A BIPOC Power Pipeline, this Teddy Talk invites industry stakeholders to share their insights on the barriers we face when it comes to succeeding in our roles and advancing our careers.
Moderation: Lucy Mukerjee
Gäste: Bianca Quesada, Masashi Niwano, Campbell X, Andrea Coloma, Sekiya Dorsett

18.00 Queer Your Program: Online Speedy Film Pitches
The annual two minute pitching sessions will be moving online and offered to filmmakers whose films are ready for distribution. Open to programmers, distributors and sales agents; join in to find potentially your next opening night film.
Moderation: Bartholomew Sammut

20.00 Queer Industry Reception goes Online
An annual gathering of industry professionals from the Queer Film Industry, from filmmakers to programmers, to distributors and sales agents. What normally happens in person with a wine in hand and nametags plastered on your shirt, this friendly networking event will now happen online. We shall once again come together as a community, connect and network, chat about the year we had, the films we look forward to and also to have a little drink and a touch of gaiety.
Moderation: Bartholomew Sammut

14.00 TEDDY SPECIAL – Invisible Threat – Similarities and Disparities of the COVID-19 pandemic and the HIV/AIDS epidemic

Two global public health crises, two invisible threats to human life. But in what ways compare the COVID-19 pandemic and the HIV/AIDS epidemic? What are the most striking differences? Is it ethical at all to compare the two? And what role can cinema and filmmakers play in tackling the harshest of realities brought by these viruses? Where do their responsibilities and political power lie? A conversation about visibility, power, trauma, memory, and film activism.
Moderation: Zsombor Bobák
Gäste: Wieland Speck, John Greyson, Dr. Alexandra Juhasz

16.00 TEDDY Talk – Queering Common Space
A Debate on Visibility, (Un-)Safe Urban Spaces and the Everyday Archive with POLIGONAL Office for Urban Communication and guests.
In what ways are queerness and queer practices represented in urban everyday life? Is visibility the key to a more inclusive urban future? In the discourse on what kind of city we want to live in queer narratives tend to be underrepresented – with crucial voices remaining unheard. To discuss the power of archiving this talk brings together protagonists from the project QUEERING COMMON SPACE – a digital living archive collecting visual and acoustic representations and documentations of queer memories, encounters and stories from common (un-)safe spaces in the cities of Tbilisi and Berlin.
Moderation: Christian Haid, Lukas Staudinger
Gäste: Liz Rosenfeld, David Apakidze, Nini Goderidze, Nancy Naser Al Deen, Tzeshi Lei