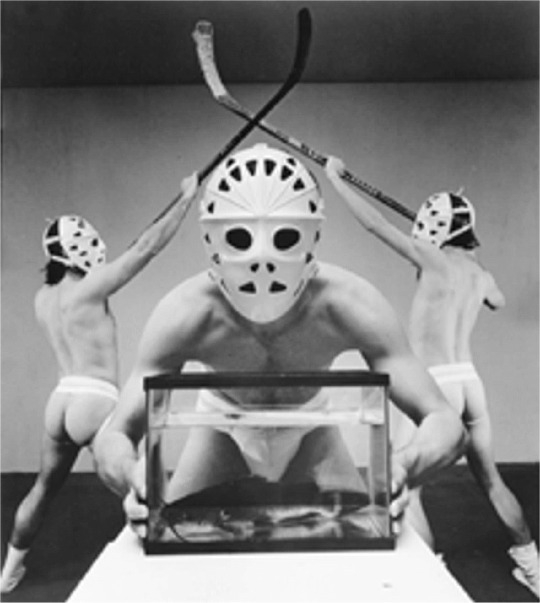 The Making of Monsters

In 1985, gay teacher Kenneth Zellers was murdered by five teenage boys in High Park, Toronto. In his experimental musical, John Greyson, enfant terrible of Canadian cinema, undertakes a comprehensive, activist’s analysis of the case. Employing Brecht’s strategies of defamiliarisation and an exuberant dose of provocation, Greyson reconstructs both the course of events and the media hype surrounding them in the form of a fictitious documentary that chronicles the making of a film about the murder. This, in turn, is subverted by his use of a number of different styles – including elements of news reports, staged drama, archive footage and music video sequences. The result is a radical, multi-layered study of homophobia that cuts through the thicket of white heteronormativity with bitterly ironic flair. Bertolt Brecht himself appears as a director in the guise of a fish, while dancers in jockstraps with ice hockey sticks and goaltender masks ignite a firework of queer joie de vivre, full of anger and self-determined charisma.