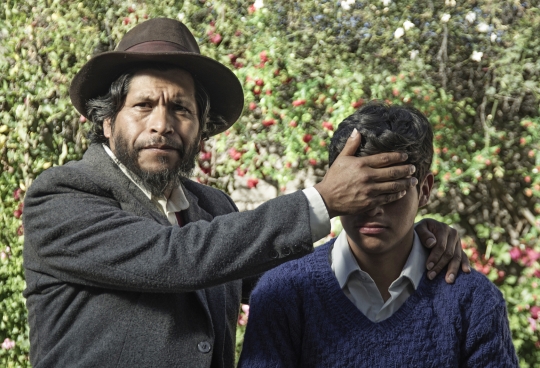 'Are you not happy working with him?’ · ‘I want to see other things. You will get lost out there.’ · ‘Why can the others go and I can’t?’ · ‘Because you are an artisan not a peasant.’ Segundo sees silence as his only option for dealing with his father Noé’s secret. The 14-year-old lives with his parents in a village high up in the mountains of Peru. Noé is a respected artisan and Segundo’s role model. With loving eye for detail, he artfully crafts altarpieces for church and homes, and is preparing his son to follow in his footsteps. But cracks form in their tight bond. The film takes an unflinching look behind the facades of a seemingly intact village community, in which patriarchal rules are imposed with unrelenting violence. In saturated colours, a panorama view of a world in which a young artist is finding his place.