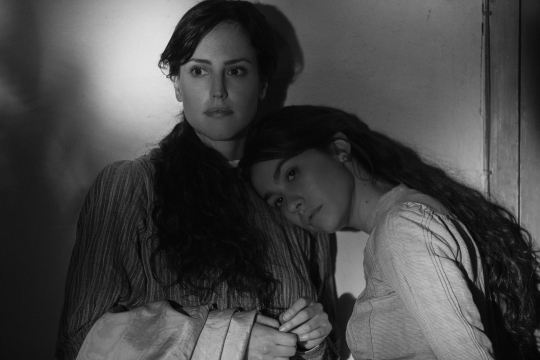 When Marcela and Elisa meet on their first day in high school, it is love at first sight. A deep friendship begins which soon turns into a romantic relationship. Nothing can prevent the two girls’ feelings for each other, not even Marcela’s suspicious parents, who eventually send their daughter to boarding school. Years later, the two women meet again and decide to live together. Both are respected teachers, but their partnership has to be kept secret from the critical Catholic population. For this reason, Elisa decides to pose as a man and marry Marcela. Their wedding photo depicts two young women, one in a black dress with her hair up, the other with a short haircut and wearing a suit; both are looking hopefully into the future. But their love remains exposed to great dangers. Based on true events, Isabel Coixet’s film makes use of black-and-white images and letters for her unfussy but deeply empathetic rendition of the story of Elisa Sánchez Loriga and Marcela Gracia Ibeas, who tied the knot in the church of San Jorge in A Coruña in Spain in 1901. A paean to passion, dignity and resistance.