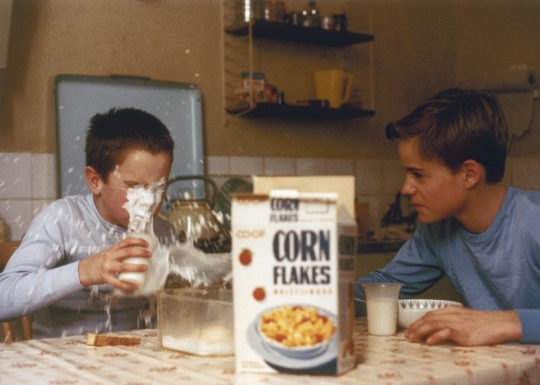 A small Swedish town in 1959. Twelve-year-old Ingemar lives with a dog, his brother and his mother; she is suffering from tuberculosis and is at her wits’ end on account of his escapades. When her health deteriorates, Ingemar is sent away to live with his uncle in the country. Although there is no shortage of excitement in the village as a result of passionate football matches and bizarre events, Ingemar remains a loner. Longingly, his thoughts return to his memories of his family; oscillating between grief and happy recollections, he fills the vacuum of his disorientation by telling himself stories. The Russian space dog, Laika, who was sent into orbit on Sputnik 2 in 1957 and starved to death in space, becomes his spiritual companion. But then he meets Saga, a tomboy and enthusiastic boxer. They embark on a friendship that awakens unexpected feelings. In his first feature film to garner international acclaim, Lasse Hallström affectionately develops an idiosyncratic personality for each of his characters, all of whom counter life’s adversities with a great sense of creativity. With a charming lightness of touch, he balances fear and confidence in this masterful depiction of a young person’s inner world. Anton Glanzelius is unforgettable in the role of Ingemar.