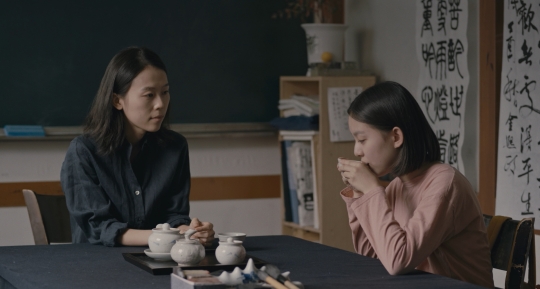 ‘What's the right way to live? Some days I feel like I know, but I really don't know for sure. I just know that when bad things happen, good things happen too.’
Korea, 1994. The South is in the grips of FIFA World Cup fever, while the North mourns its newly deceased dictator. Eunhee registers all of this only in passing. Drifting through her days in Seoul, the eighth-grader feels like an outsider everywhere: at school, where her classmates bore her even more than the schoolwork, and at home, where her parents are always at each other's throats and her brother beats her. She tries to fall in love, has to go to hospital after an inconclusive biopsy, and has a falling-out with her best friend – yet nothing moves her with the same unexpected intensity as when a new Chinese tutor enters her life. With visual precision, Kim Bo-ra weaves a dense narrative around a regular summer that leaves nothing unchanged.