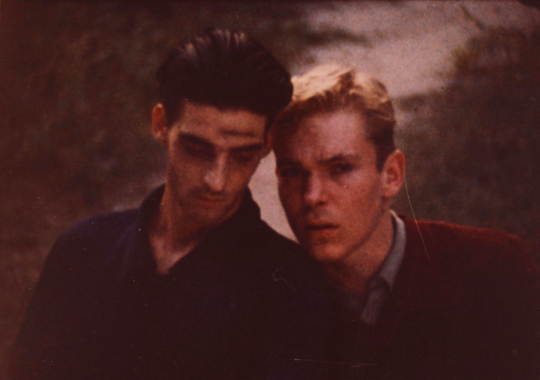 After a flirtatious encounter, a young man finds it difficult to organise the hoped-for reunion with the object of his desire. Calls remain unanswered and he is left with only a drink, his bed and images of soldiers in combat to fill his inner void. Meanwhile, the boundaries between imagination, reality and dream dissolve, and a cinematic chess game ensues in which queer identity is pitted against patriarchal violence.
Wieland Speck’s first work enshrines much of what would go on to inform his decades-long work as Panorama curator: to understand courage and imagination as a political opportunity to develop a space for alternatives in a heterosexualised world. Zazie de Paris as a hostess and Kurt Hübner in the role of an officer provide the film with its sharp sense of irony.

Wieland Speck is a German film director, who since 1992 has coordinated "Panorama" at the International Filmfestival Berlin (Berlinale). Panorama showcases new films by established directors, as well as debut works by up-and-coming talents.