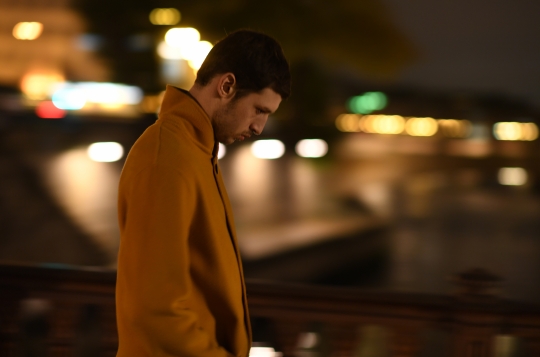 In Paris, things do not exactly get off to a good start for Yoav. He knocks on the door of a flat, only to discover the place is empty and, while he’s taking a bath there, his things are stolen. Yet this young Israeli had arrived with such great expectations. He is determined to get rid of his nationality as quickly as possible. For him, being Israeli is like a tumour that has to be surgically removed. Becoming French, on the other hand, would quite simply mean his salvation. In order to erase his origins, Yoav first tries to replace his language. From now on, he will not utter a single word of Hebrew. The dictionary becomes his constant companion. The necessary visits to the Israeli embassy annoy him; he finds his compatriots to be a total a burden. But the naturalisation test also has its pitfalls. And the young French couple whom he befriends has some rather strange ideas about how to help him. Based on his own experiences, Nadav Lapid explores the challenges of putting down roots in a new place. His attempt to find himself awakens past demons and opens up an existential abyss. A tragicomic puzzle that wisely knows how to keep its secrets.