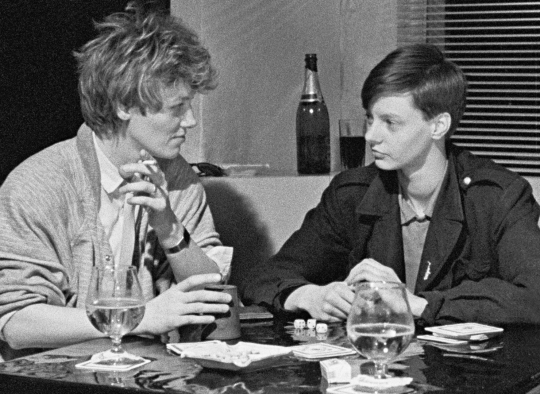 Stories from the lesbian subculture in West Berlin, about being in love, clichés, desire, and conflict—“shot as a narrative, with real lesbians at real locations about real feelings”. Annette has a new amour and her girlfriends want to know everything. But Maria Lang’s film is a sparing with words as Annette. As the director said, “the most important thing in my film is mystery, meaning everything it doesn’t say, the lost mosaic, whose interstices provide space for our imagination”. – Screening of the version digitally restored by the Deutsch Kinemathek in 2016.

Maria Lang studied film at the Deutsche Film- und Fernsehakademie in Berlin. In 1991, she founded the ‘Filmclub’ and the monthly film series ‘Filmarbeiterinnen Abend’ in collaboration with Ute Aurand. In addition to making film and video, Lang is a photographer and writer.