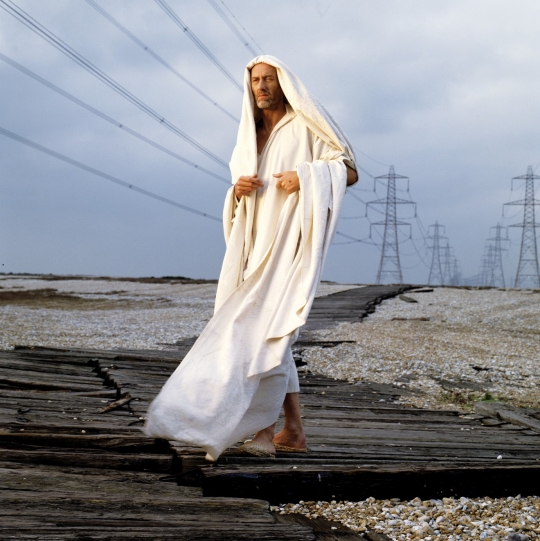 Derek Jarman had two gardens. One was in Dungeness, he started to work on it after being diagnosed with HIV. ''The gardener digs in another time, without past or future, beginning or end,'' he wrote in his journal. The other one, this film, opens with images of a man sleeping on a desk, his face resting on an open notebook as a voice proclaims ''I want to share this emptiness with you,'' before a series of vignettes begins in which hallucinations of a two-man-Eden become progressively unravelled. This is a cinema of ecstasy; extinction looms from all sides, friends die silently, queer bodies are whipped, hanged, stoned and chased by cameras. There is the growing impression that representation means violence, means imprisonment. But this is also a cinema of sharing, stemming from the hope that it is indeed possible to share one's dreams, failures, uncertainties and cares. Jarman repeatedly shows himself tending the garden and offers us snapshots of mushrooms, stones, butterflies, poppies, snails, crows, clouds, embraces and music: a whole ecology of images.