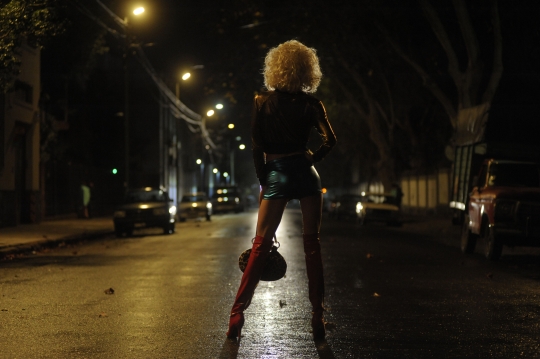 Buenos Aires, 1996. Three influential men are being recorded as they take part in an orgy in a hotel suite with all the usual ingredients: alcohol, drugs and sex. But after one too many lines, a prostitute dies and the compromising video suddenly disappears. This sets off a chain of events that quickly embroils not only the city’s entire demi-monde and underworld, but also the corrupt police force. Corpses are being found, a gangland boss’s pigs are served plenty of fresh food and the police accidentally torture the wrong person in their search for the video cassette.
Based on the eponymous cult novel by Germán Maggiori, who also collaborated in this adaptation, director and co-writer Pablo Fendrik takes a look at a shady world of men and the swamp of corruption in Buenos Aires in four episodes. In Entre hombres, the experienced Argentinean series director with an inimitable sense of pace has created a modern classic about moral and political abysses that is full of pitch-black humour and relentless brutality.