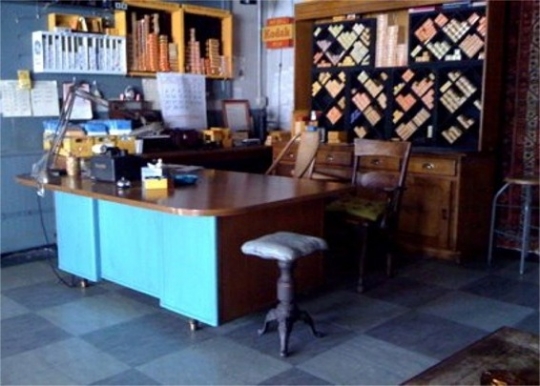 575 CASTRO STREET begins with the following introduction: “In February 1977, the SAN FRANCISCO GAY FILM FESTIVAL was born when a self described 'ragtag bunch of hippie fag filmmakers' got together and projected their Super 8 short films on a bed sheet. Many of these films explored gay themes, but (…) many were simple studies in light and motion. Most of these films passed through Harvey Milk´s Castro Camera Store at 575 Castro St. for processing. In 2008, the Castro Camera Store was recreated at the original location for Gus Van Sant's film MILK. This film was shot on that set”. Jenni Olson's film reveals, through the lens of a static camera, the play of light and shadow on the walls of the Castro Camera Store set, as we hear the original audio-cassette recorded by Harvey Milk in 1977 to be played “in the event of my death by assassination”.