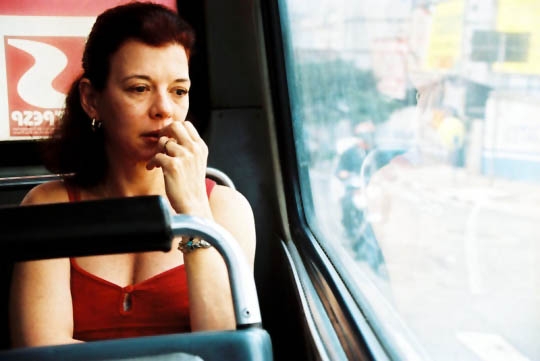 A working-class district in São Paulo is home to fortysomething manicurist Alice who has been married to her husband, Lindomar, for more than twenty years. Lindomar's mother, Dona Jacira, lives with the couple and virtually runs the household. She cooks, cleans and does the washing. While she works, she listens to her favourite show, 'grandma's programme' on the radio. Alice and Lindomar have three children who also live with them: Lucas is the 'reactionary' member of the family. He is currently doing national service in the army. Seventeen-year-old Edinho is a bright boy who always seems to have money in his pocket. The fragile-looking Junior, 15, is Mama's pet. Alice and Lindomar's marriage hits a crisis when the ageing head of the family develops a conspicuous passion for young girls. What's more, he doesn't even attempt to cover up his dalliances with young teenagers. None of her three sons seem particularly interested in Alice's worries; moreover, they treat their grandmother with a distinct lack of respect. Surrounded by an exclusively female clientele, Alice's professional world is in glaring contrast with her private life, which is dominated by an enduring machismo. But then one day the opportunity for an adulterous encounter presents itself to Alice, causing other indiscretions to come to light ...