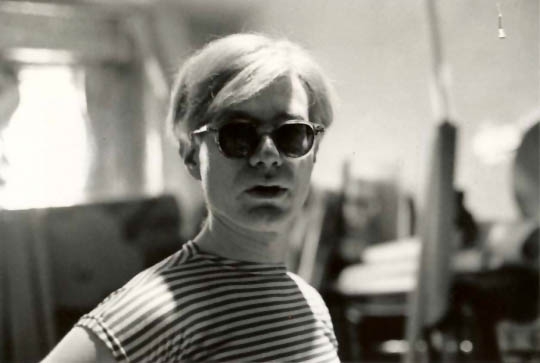 Art historian Neil Printz simply calls him "a touchstone of the culture", whose significance far exceeds the boundaries of art history: " Andy Warhol is a touchstone of the culture we live in - a touchstone for the entire culture of the post-war period . I think he is probably the most important artist of the second half of the 20th century, maybe the most important artist of the 20th century. If we needed to find a visual form just to distill what it's like to have been alive in the last fifty years, the image would come somewhere from the corpus of Andy Warhol. We might fight over what image it is. We might think it's a painting of Marilyn Monroe, we might think it's a painting of a car crash or the atom bomb or a Campbell's soup can. But I think if we had to choose a painting, it would be a painting by Andy Warhol. "No artist of the last century was more in the spotlight than Warhol; nobody was able to stage-manage himself in such an inimitable fashion - and hardly any other artist left behind so many visual documents. This four-hour documentary makes use of these documents to reconstruct Andy Warhol's life and brilliant career as a proponent both of the world of art and culture and of an underground subculture. The extensive archive material also tells the story of American cultural history from the 1950s to the 1970s, when Warhol's' factory'became the center of American contemporary art and pop culture. Warhol's 'materials' comprised both his 'superstars' such as Edie Sedgwick , Viva and Candy Darling , but also included other celebrities such as Bob Dylan , Dennis Hopper and Susan Sontag . This film contains many hitherto unpublished original images of these and other icons of style.

Born in Baltimore, Maryland, Ric Burns was the son of a social anthropologist. He studied English literature at Columbia University in New York City and Cambridge University in England before working with his brother, Ken Burns, on Civil War - Der amerikanische Bürgerkrieg (1990). His production company, "Steeplechase Films", is located on Manhattan's upper west side. Currently, he is in post-production on two biographical documentaries on Andy Warhol and Eugene O'Neill.