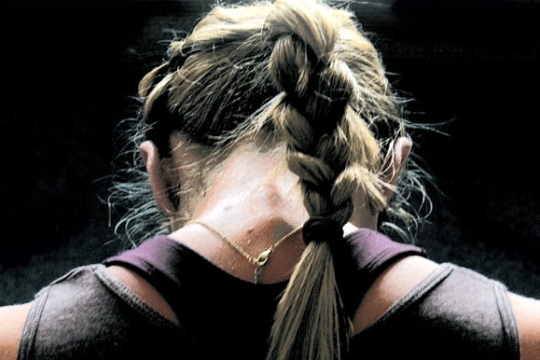 A case of bitchiness in the stables. Emma joins a group that is learning how to perform exercises on horseback. Here she meets Cassandra, an experienced circus rider who at once recognises the new girl’s talent from the way she keeps a tight rein on the horses with strong, controlled movements. Cassandra is good-looking and strong-willed with a vibrant personality – the two young women find themselves drawn to each other. Before long, their mutual attraction turns into a symbiotic friendship. But then things begin to get complicated; misunderstandings arise that lead to arguments. All at once the two girlfriends’ relationship is pervaded by jealousy and power and this turns into a struggle for supremacy. And this in spite of their riding instructor’s recent reminder: “It’s not always about strength and control. It’s about creating your own presence.” Emma’s little sister might only be seven, but she couldn’t agree more with this piece of advice from the riding instructor. She wants nothing more than to own a new bikini, preferably with a leopard-skin pattern, so that she can impress her cousin Sebastian, with whom she has fallen in love. Emma and Cassandra’s friendship is now definitely on the rocks. Who will get the upper hand? Failing to execute a particular horseback exercise one day, Emma decides to find out once and for all. She confronts Cassandra in the stables…

Born in Ängelholm in 1978, she studied French and photography in Toulouse, attended film school in Stockholm, worked as an assistant
director and completed her film studies from 2001-2005 at the National Film School of Denmark. She has worked for Danish television and first
made a name for herself in the international arena with her short film
FUCK THE RAPIST. APFLICKORNA marks her debut as a feature film director.