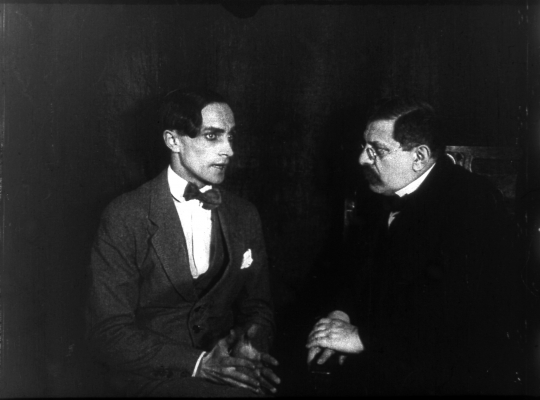 Violin virtuoso Paul Körner promotes the musical talent of young Kurt Sivers whose parents observe the infatuated relationship between Paul and Kurt with distrust. Then, the criminal Bollek extorts Körner because of his homosexuality. Finally, Körner reports the extortionist to the police while the criminal in revenge files charges against Körner because of article 175. In a flashback, Körner tells Else, Kurt’s sympathetic sister, about his development and they both attend a lecture of medical consultant Dr. Magnus Hirschfeld about the scientific backgrounds of homosexuality. At court, the extortionist is sent to prison but Körner is also sentenced to go to prison for one week because of the prevailing legal situation. Ostracized by everyone around him, Körner commits suicide.

A significant world premiere: realised by the Outfest UCLA Legacy Project/UCLA Film & Television Archive, the newly-restored version of this cultural document of immeasurable value is screened for the first time – in a 35mm print, still the only reliable archive medium.

Director and producer of many German as well as a few American, British and French films, Richard Oswald started making films in 1914 and shortly formed his own production company. After making many successful films and discovering several important performers, he fled his homeland after the Nazi takeover and eventually settled in the US. He was the father of Gerd Oswald, a well-regarded director of "B" pictures and television shows.