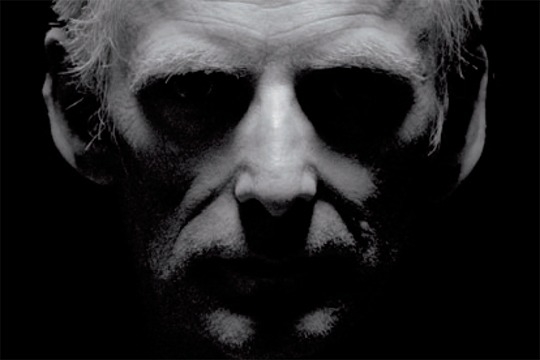 CONTRE-JOUR: “The look with which we view and comprehend the world and how it is cast back at us in response, breaks up into ‘contre-jour’ (back light), into disquieting fragments. Blurs, flashes, and stroboscope montages disintegrate reality into shadowy images that inflict pain upon the retina. A spotlight precisely cuts the individual out of darkness. ”I wish you could see what I see“ remains a futile hope. Blind spots form a vast gap between self-perception and the perception of others”. (Kristina Tieke)

CONTRE-JOUR is, after PLAY and KRISTALL, a further collaboration between artists Christoph Girardet and Matthias Müller utilising the medium of experimental short film. Both live and work in Germany.

Matthias Müller was born in Bielefeld, West Germany on March 29, 1961. He first became interested in filmmaking while he was a student in Arts and German Literature at Bielefeld University in the 1980s. In 1985 Müller co-founded the Alte Kinder Film Collective with friends Christiane Heuwinkel and Maja-Lene Rettig. The members of Alte Kinder collectively produced and distributed a series of cutting edge films on Super-8, the film gauge preferred by Germany's post-punk wave of underground filmmakers. Müller first gained international attention with the release of his 1989 film, Aus Der Ferne, a meditation on loss and mourning. Müller's next film, Home Stories (1990), used a mesmerizing montage of shots from technicolor melodramas of the 1950s and 60s to comment on Hollywood conventions. The film went on to win numerous awards and to establish Müller's international reputation as an important new star of the film and art worlds. Since then, Müller has continued to create some of the most stunning works to come out of the avant garde in years. Vacancy (1999), a nostalgic glance into the past, examines the hopes and dreams of a post-World War II, pre-Kennedy assassination world. The film's flickering cuts between 1961 and the present are a heartbreaking reminder of promises left unfulfilled. In 1999, Müller and collaborator Christoph Girardet were commissioned to create a series of works based on the films of Alfred Hitchcock for the Oxford Museum of Modern Art. The result, Phoenix Tapes (2000), is an entertaining study of the themes and techniques of the master of suspense. Müller's short film, Breeze (2000), was used as an advertisement for the Vienna International Film Festival.
- IMDb Mini Biography By: Anonymous