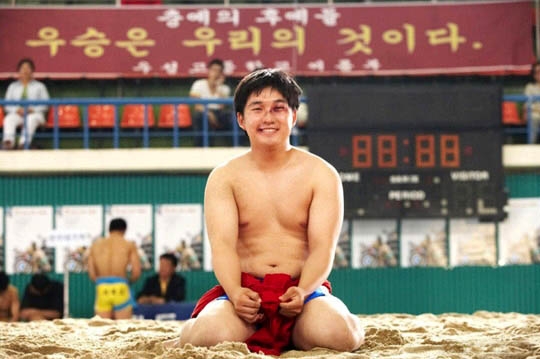 "If there's any message in my songs, it is to believe in your dreams." Oh Dong-gu has completely internalised pop singer Madonna's message. Possessed of a body like Hercules and a mind that is pure Madonna, sixthform student Oh Dong-gu doesn't just want to have a sex change - he wants to look like Madonna. Oh Dong-gu longs to be able to appear before his Japanese teacher - the love of his life - as a real woman. But the surgery for a sex change costs five million won - a sum he simply doesn't have. Re fusing to let this daunt him, Oh Dong-gu pursues his aim with dogged persistence. One day, his big break arrives in the shape of the Incheon High School Wrestling Competition, the victor of which gets to take home a cash prize of five million won - exactly the amount Oh Dong-gu needs for his sex change operation. The thought of having to wrestle with men to get the money doesn't appeal to Oh Dong-gu one little bit. But, if he is to become Madonna, he will have to become a wrestling champ first. Floored during the competition, his defeat separates him from his big dream of becoming a woman. Before him lies a long and stony path. The directors: "We saw a television report one day about a high school girls' wrestling team. Afterwards, one of us started talking about wrestling, the other about Madonna. That was how LIKE A VIRGIN was born."

Born in Seoul on 18.8.1973. A screenwriter, he works largely in collaboration with Lee Hae-young. CHEONHAJANGSA MADONNA marks his debut as a film director.

Born in Seoul on 18.10.1973. A screenwriter, who works in collaboration with Lee Hae-jun. CHEONHAJANGSA MADONNA marks his debut as a film director.