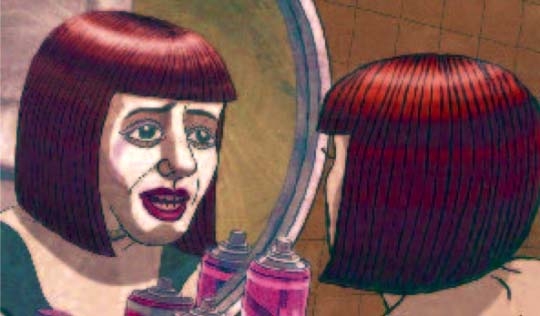 Day break in the red-light district of a Spanish town. Someone who earns their living in these parts makes their way home, sits down in front of the mirror and begins to remove their make-up. As they do so, they reflect on the events of the night to the strains of a song from the Middle Ages entitled “¿Con qué la lavaré?”, a lament about single women which was once sung in four-part harmony. A celluloid tribute to homosexual artistes of the late 1970s, just after Franco’s dictatorship.

Born in Valencia in 1970, she studied fine art at San Carlos University in Valencia and film animation at Edinburgh Art College. She worked for several years as head of the graphic department of a post-production company in Spain and subsequently began working as an illustrator and freelance graphic artist on children’s television programmes.