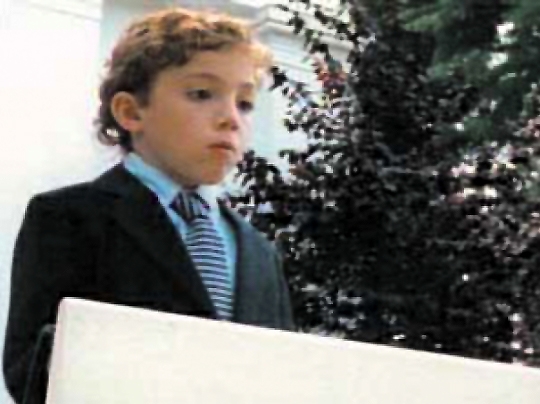 A six-year-old boy enters the limelight, timidly crosses the stage to greet the waiting crowd. Tension fills the air. All the boy’s friends and relatives are there.The boy climbs up onto a stool next to the microphone. He has invited everyone here today to celebrate his coming out – and everybody is expecting a speech.

Born in Boston in 1978. He recently graduated in physics and film studies from Bates College. Prior to graduating, he published his poetry in the periodical “Kilometer Zero” (Paris, 2000) and won a writing competition with his stage play,“Noodle Kugel”. His animation film, MALDOROR, received an award from his college and was also presented at Cinema Sperimentale in Turin