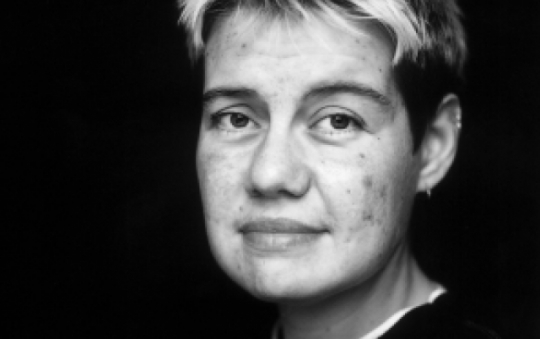 Chrissy was the filmmaker’s best friend and the oldest of four daughters in a family from Perth. Chrissy was raped at the age of seventeen and, as a result of later complications arising from the rape, she was obliged to undergo a hysterectomy.Her utter despair left behind deep emotional and psychological wounds, of which a shaved head and a virulent hatred of men were merely the external characteristics. Chrissy was caught up in a maelstrom of self-destruction. She was HIV positive at eighteen, a fact that she was to keep hidden from her family for years. This film begins when Chrissy is already living in a Sydney hostel run by an Aids organisation called the Bobby Goldsmith Foundation. The film accompanies her throughout this final year of her life. This is, however, also a film about how a family copes with such a situation and how lovingly they manage to support each other. Adele, one of Chrissy’s three sisters, is a professional beachwear model. It took her a long time to understand that Aids was not just a gay disease that came about as a byproduct of a particular lifestyle. Chrissy’s mother, Barbara, admits that she always had great problems with her oldest child, who just didn’t seem to want to fit in. Bobby Lea, the youngest of the girls, now lives in Brisbane. Her son was born six months after her sister’s death. When he was christened she gave him the name Christopher.

Born in London on 8.9.1968. Studied film production at the Australian Film,Television and Radio School in Sydney. Has been working as a production manager and producer of short films since 1995. After the lyrical video piece, MY GENOCIDE (1999), CHRISSY marks her first film as a director.