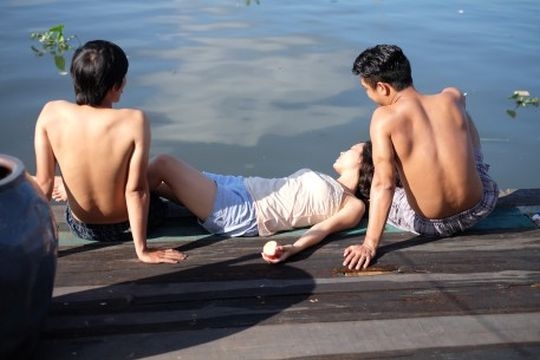 Saigon in the late nineties. Photography student Vu rents a room in a shared flat. With his brand-new camera, a gift from his father, he explores the people, places and things around him. He is particularly fascinated by his flatmate Thang, a charismatic young man who is at home amongst drug dealers, gamblers and prostitutes in the nightlife of Saigon. Thang introduces Vu to the nightclub dancer Van and they have sex, even though Vu feels more attracted to his friend. One day, another flatmate, a street singer, is mugged. When Vu and Thang hurry to his rescue, they are chased and eventually forced to flee to Vu's village in the Mekong Delta, where his father introduces him to his prospective wife. But Vu has little interest in the girl and instead watches with jealousy as Thang flirts with her ... A magical love story against the backdrop of tabooed homosexuality and state-sanctioned intrusion into the private sphere. Phan Dang Di uses images from nature and the landscape of the swampy and impenetrable jungles of the Mekong as metaphors for emotional worlds and mental states.

Phan Dang Di, born 1976 in Nghe An, Vietnam. Screenwriter and director. After graduating from Hanoi University of Cinema and Theatre, he worked as an independent filmmaker and currently teaches at Hanoi National University. Phang Dang Di, who is in charge of "Bi, dung so! ("Don't Be Afraid, Bi", 2010), belongs to a new generation of filmmakers in Vietnam.