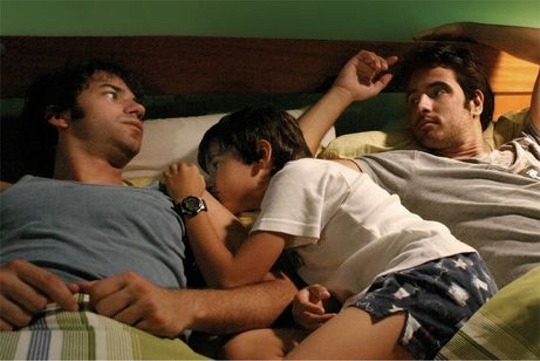 Whenever Lucas can’t sleep he hops into Danilo’s bed. The boy has been living with his brother since the death of his parents. But, in fact, Danilo already shares his bed with somebody else.

Born in São Paulo, Brazil, in 1982, he studied at the University of São Paulo’s film school and has received numerous awards at international festivals for his short films CAFÉ COM LEITE (which won the Crystal Bear at the 2008 Berlinale) and EU NÃO QUERO VOLTAR SOZINHO. HOJE EU QUERO VOLTAR SOZINHO is his first feature film.