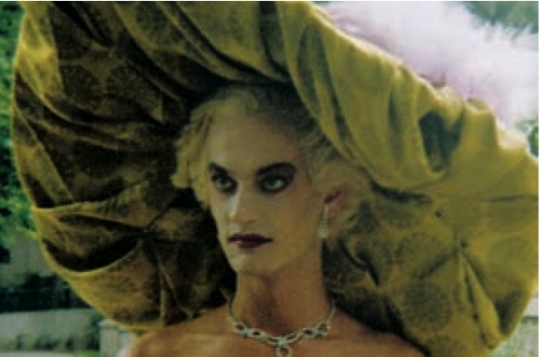 Christoph Josten was Ovo Maltine. She died on 8 February, 2005 at Berlin’s Auguste Viktoria hospital, eleven weeks after suddenly being diagnosed with lymphatic cancer. She had lived with the HIV virus for 13 years. “Ovo (the egg)”– read one obituary – “lay down in Berlin’s nest of queens and brooded on a number of political projects: a hotline for gay victims of assault, Act Up, AIDS benefit events, the legalisation of marihuana, the recognition of prostitution as a profession, transgender visibility...”For: “How a queen moves is not as important as what she moves.”

Born in Münster on 7.2.1959, he studied art history and philosophy in Freiburg and in Rome. Moving to Berlin in 1982, he studied film at Braunschweig College of Fine Arts (taught by Professors Büttenbender and Hein) from 1987-91. Since 1981 he has made over 60 films and videos, including three feature-length projects. In 1995 he developed an interest in digital art and interactive media. He has also been lecturing in media production and experimental film since 1990.