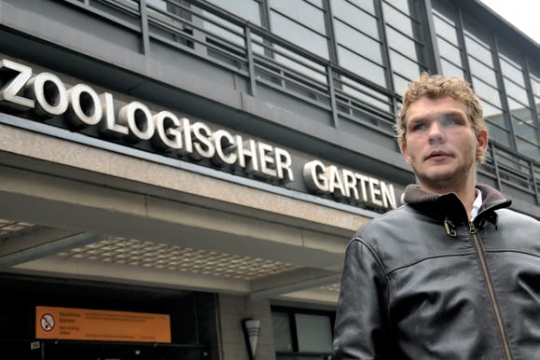 The documentary RENT BOYS (DIE JUNGS VOM BAHNHOF ZOO) is a compelling weave of authentic stories about rent boys that manages to illuminate the phenomenon of male prostitution whilst carefully avoiding the clichés that surround the milieu. The film focuses on the biographies of five rent boys, three of whom are Roma. We follow Ionel back to his village in Rumania and learn of the impoverished lives that lads like him have left behind. Nazif is a former civil war refugee from Bosnia who came to Germany as a child. He was still very young when he began working as a prostitute and taking hard drugs at Bahnhof Zoo. Romica, a young Rumanian, has founded a family that has long relied on prostitution to make a living. Some of the rent boys are under age lads who were once abused by pedosexuals and later wound up as sex workers. One such individual is Daniel-René, a young man who, even today, still suffers deeply as a result of his traumatic experiences. The film’s main protagonist is Daniel, who began working as a male prostitute at the age of sixteen. His life makes abundantly clear the kind of social context which can pave the way for a life of prostitution. The film also features conversations with social workers, owners of bars frequented by prostitutes and johns like Austrian actor-director Peter Kern.