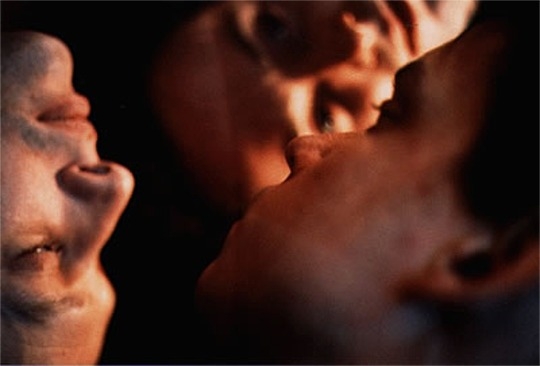 Every decade hasits own gateway to heaven. Clonetown 1974 to 1979: a terrorist defector named Charon sits on the edge of oblivion and commentates on the imminent putrification of an abducted car dealer

Heinz Emigholz was born in 1948 in Achim, near Bremen. Since 1973, he has worked as a freelance filmmaker, artist, writer, cinematographer, producer, and journalist. In 1974, he began an encyclopaedic series of drawings, Die Basis des Make-Up. In 1978, he founded his own production company, Pym Films. In 1984, he began a film series called Photographie und jenseits/Photography and beyond. From 1993 to 2013, he held a professorship in experimental filmmaking at the Berlin University of the Arts, where he is a co-founder of the Institute for Time-Based Media and the university’s art and media course. Since 2012 he has been a member of the Academy of Arts in Berlin.