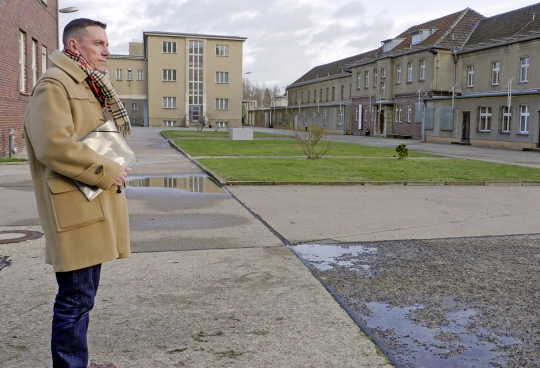 Even now, twenty-five years after German reunification, historians are still debating whether the GDR was an illegitimate state. In his current work, Jochen Hick, several of whose films have screened in the Panorama, tells the story of ex-GDR citizen Mario Röllig. Hick accompanies him as he visits his parents and his former colleagues but also the sites of his attempted flight from the GDR and his incarceration. Röllig started a relationship with a politician from West Berlin back in 1985 and was arrested in Hungary in 1987 for attempting to flee the German Democratic Republic; in 1988 the Federal Republic of Germany purchased his freedom. Today he regularly talks about his experiences in schools; he also volunteers as a guide at the former Stasi prison in Hohenschönhausen in Berlin that is now a memorial. Hick stays close to his subject at all times but remains neutral, instead observing and asking questions from behind the camera. In confrontations with GDR-sympathisers Rölling is accused of distorting history and it becomes abundantly clear that the battle to have the last word on how the history of the GDR should be interpreted is riddled with taboos and fraught with individual traumas.