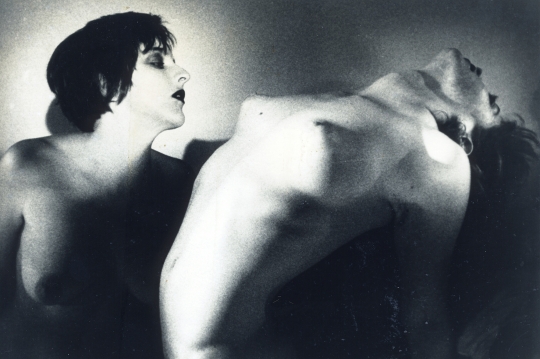 Young Hamburg journalist Dorothee Müller is fed up with her persistent lover, Heinz. A complete ingénue, she innocently embarks upon an exploration of romantic love – is it merely a ‘woman’s malady’? The places where she undertakes this research include a pleasure-addicted hormone researcher’s practice and the monkey house at the zoo. Unable to find any satisfactory answers, Dorothee decides to leave Europe and head for California where she continues her research by conducting interviews and some personal explorations. In swinging San Francisco she meets three remarkable women: a cheeky Hungarian named Dominique who sneers at the German work ethic and offers to help Dorothee in her research; Susie Sexpert, a specialist in sexual pleasures who has an astonishing collection of dildos, and finally the attractive Ramona, who performs a hot strip as a drag king in a lesbian bar. By the end of her journey Dorothee has rediscovered her own sexuality and put several illusions firmly behind her.