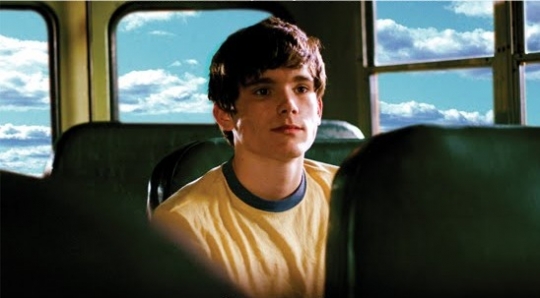 A drama about taboos, love and violence, based on a best-selling novel by Jim Grimsley set in a religious community in America’s south. Fifteen-yearold Nathan and his parents have recently moved to a small country town in Louisiana. One Sunday morning on the way back from church he notices the boy next door for the first time. Roy is only seventeen, but is already driving the school bus. He also has a girlfriend that he seems to love very much – at least that’s what it looks like when they kiss each other passionately one night in Roy’s truck. Before long, the two boys are doing their homework together, and, on one of these evenings Nathan takes Roy’s hand in his. Their walk ends outside the town where they find a quiet place to clumsily but gently enjoy their first kiss.
This marks the beginning of a homosexual romance between the two boys that begins to escalate dramatically. Nathan’s father has problems at work and has hit the bottle. When it becomes impossible to live with him, Nathan escapes to a nearby wood where he hides for several days. After having discovered Nathan in his hide-out, Roy decides to take him away on a camping trip that he has planned long ago with two other boys. But at a plantation that is widely believed to be haunted, the outing takes a sinister turn when Burke and Randy discover that Nathan and Roy are lovers.