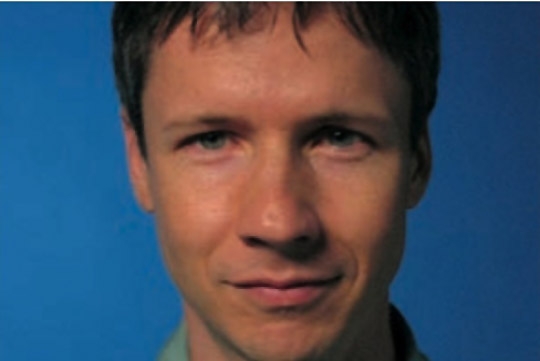 Fabulous! The Story Of Queer Cinema

The pictorial depiction of gays and lesbians in American culture is a modern-day achievement – the result of gay and lesbian movements in the last third of the previous century. Up to that point, depictions of gay and lesbian life were considered taboo; and whenever they did appear, it was largely a question of stereotyping. Nowadays, queer images are to be found everywhere. Lisa Ades’ and Lesli Klainberg’s documentary describes how this change has come about, and how we got from there to here. Using numerous examples of recent film history and copious interviews, the two filmmakers look back on the history of gay and lesbian cinema. Their chronicle ranges from experimental and avant-garde productions of the 1940s and 50s to committed documentaries of the 1980s that came out of Aids awareness campaigns, and moves on to new queer cinema of the 1990s as well as the work of contemporary filmmakers. Among those appearing in the film are well-known directors such as Ang Lee, John Waters, Todd Haynes, Gus Van Sant and Jennifer Livingstone, producers like James Schamus and Christine Vachon, as well as a whole host of actors. The film also includes comments from film historian Jenni Olson and film critic Ruby B. Rich. Their testimonies and memories form a many-voiced dialogue on a multitude of topics: sex, gender, coming outs and gay rights are all broached, as is the sudden explosion of depictions of gay and lesbian life in mainstream cinema in the USA.

Lisa Ades is a documentary filmmaker who has produced and directed films for PBS and cable television for more than 20 years. Her acclaimed film, Miss America, premiered at the Sundance Film Festival before its broadcast on the PBS series American Experience in 2002. Previously, she produced award-winning films with Ric Burns, including New York, a ten-hour series (PBS, 1999, Alfred I. duPont Columbia University Award), The Way West (PBS, 1995), and The Donner Party (PBS, 1992). Prior to that, she was a producer at WNET/Thirteen on The 11th Hour and Metroline. Documentaries for cable television include Beauty in a Jar (A&E, 2003), In the Company of Women (IFC, 2004), and Indie Sex (IFC, 2007). She is producing and directing GI Jews: Jewish Americans in World War II, a documentary for broadcast on PBS. Her production company is Turquoise Films, Inc. in New York City.

2005 Fabulous! The Story Of Queer Cinema

Lesli Klainberg is an award-winning producer and director whose documentaries have screened at film festivals such as Berlin, Sundance, Outfest and Frameline, and have been broadcast on networks including Cinemax, AMC, A&E, The Independent Film Channel (IFC), WE and PBS and the owner of Orchard Films.

In 2007, she produced the documentary mini-series, Indie Sex, which explores different aspects of sexuality in cinema. The three episodes Indie Sex: Teens, Indie Sex: Extremes and Indie Sex: Censored (which she also directed) premiered on IFC in 2007.

Other Orchard Film projects include Fabulous! The Story of Queer Cinema (2006, IFC) a feature length documentary which explores the history of American independent gay and lesbian cinema; In the Company of Women (2004, IFC), a documentary about women in independent film; Indie Sex: Taboos (2001, IFC), which was the first in the Indie Sex series; Beauty in a Jar (A&E, 2003) which tells the story of the American beauty and cosmetics industry; Directed by Alan Smithee (AMC, 2002) about the pseudonym used by film directors; and Miss America (PBS/American Experience, 2001) a history of the Miss America Pageant.

Ms. Klainberg is also the producer of Paul Monette: The Brink of Summer's End (1996), which won the audience award for documentary at the 1997 Sundance Film Festival and served as Series Producer of Showtime's six-part documentary series, The 20th Century, directed by Robert Zemeckis, Barry Levinson, and Garry Marshall, among others. She also produced The Real Ellen Story (1997) (TV), a film about the making of the "coming out" episode of the sitcom Ellen, which was broadcast on Channel Four and Bravo.

In 1994, she received a CableAce Award for her work as Supervising Producer of the HBO documentary Mo' Funny: Black Comedy in America (1993) (TV).

2005 Fabulous! The Story Of Queer Cinema