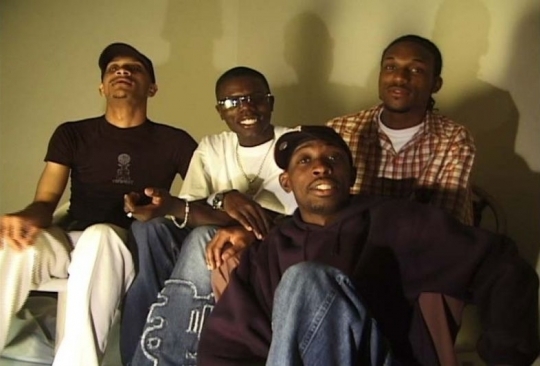 What do construction workers do in their well-earned breaks? How might Angelina Jolie's and Brad Pitt's relationship have ended? And what really happened between Marilyn Monroe and Joan Crawford during the summer of 1959? In the portmanteau film FUCKING DIFFERENT NEW YORK, answers to these and many other interesting questions are provided by twelve queer New York filmmakers. Their films also scrutinise such topics as the difference between the way men and women dream, and how erotic tying a necktie or having a manicure can be. Following on from the Berlin-based film FUCKING DIFFERENT! which was presented in the Panorama section of the Berlinale in 2005, Kristian Petersen asked six gay and six lesbian filmmakers from New York to make a short film taking a look at how they envisage the love life of the other sex. Each filmmaker was given a free hand in their choice of format and genre. The only requirement was that their films should not be longer than eight minutes and the final product should be on mini DV. The result is a collection of twelve witty, illuminating and erotic short films spanning all genres which conveys the diverse spectrum of queer life in New York. (Production notes)

Born in Bangor, Maine on 11.11.1966, he studied film at Rhode Island School of Design, followed by drama at Brown University. He made a number of experimental shorts and attended classes in lighting and cinematography at the American Film Institute before making his first feature film, FRISK, in 1995. Both his debut and the films that followed – LITTLE SHOTS OF HAPPINESS and A SUDDEN LOSS OF GRAVITY – were screened in the International Forum of New Cinema. In 2004 his film, ANONYMOUS, was shown in the Panorama section of the Berlinale.