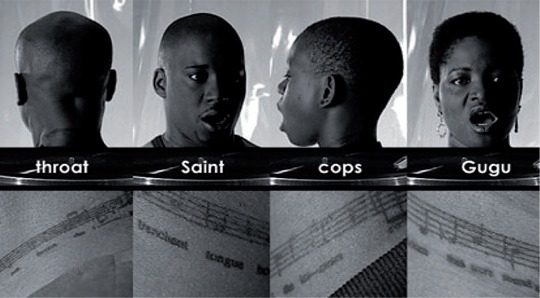 An operatic documentary about the struggle of two Aids activists – Canadian Tim McCaskell and South African Zackie Achmat. Both have fought tooth and nail for the provision of anti-retroviral drugs to treat Aids. In John Greyson’s film they are ably supported by Gertrude Stein, a singing albino squirrel, and St. Teresa of Ávila. FIG TREES is nonetheless based on true stories. Tim McCaskell has spent more than twenty years fighting Aids and addressing the concerns of gay men. In Johannesburg in 1999 Zackie Achmat, who is himself virus-positive, began refusing to take his medication: he said he would only continue his treatment if it were made freely available to all South Africans suffering from Aids. His symbolic act caused a stir in the international arena. His private Treatment Action Campaign soon became a nationwide movement – meanwhile his own state of health continued to deteriorate …
John Greyson has re-edited documentary interviews, speeches made by both men, archive footage of press conferences and demonstrations, and, with the addition of music, has turned his film into an operatic scenario. The work combines the authentic struggle of two Aids activists against the authorities and the pharmaceutical industry with a surrealistic narrative, at the centre of which is Gertrude Stein who wants to write a tragic opera about Achmat and McCaskell and their saint-like heroics. To this end she abducts the two men to Niagara Falls where she forces them to belt out complicated avant-garde arias. These arias are also authentic – having originated from Gertrude Stein’s ambitious opera, “Four Saints in Three Acts”.