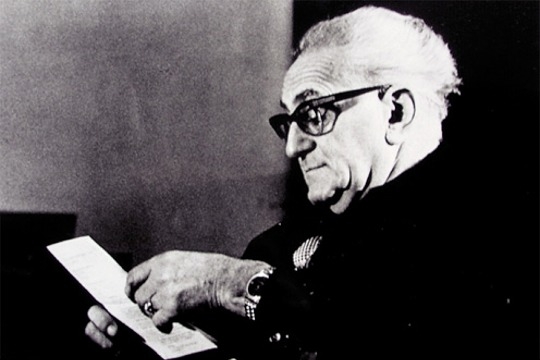 Fritz Bauer was probably the most renowned state prosecutor the Federal Republic has ever had. He saw himself as a ‘lawyer out of a sense of freedom’ and was convinced that the nation’s citizens had the right to resist against state acts of an arbitrary nature. He was prepared to stand up for this right in 1952/53 as Attorney General for Lower Saxony in a spectacular trial regarding the legitimacy of the coup of 20 July, 1944. Bauer succeeded in rehabilitating the executed conspirators. This verdict made him a pioneer of modern ‘civil society’ thought.
He applied the same focus to the illumination and avengement of Nazi crimes. As Attorney General for Hesse from 1956 – 68, he was the key initiator in the Frankfurt Auschwitz trials. Bauer also played an important role in the seizure of Adolf Eichmann: he informed Israel’s intelligence agency Mossad of the whereabouts of the ‘architect of the Holocaust’ so that Eichmann could be brought to trial in Jerusalem. Under his watch, Fritz Bauer also pushed for reforms to the penal system, the humanisation of which was he believed integral to a humane society.
During the restorative climate of the Adenauer era, Bauer became the ‘agent provocateur of the age’. Essays and talks with titles such as ‘Murderers Among Us’ and ‘At the End Came the Gas Chambers’ provoked criticism not only from right-wing radicals but also middle-class audiences. The life of this Swabian Jew was subject to anti-Semitism and political hostility.
Bauer perceived the passing of the German Emergency Acts in May 1968 as a particularly heavy blow and felt that this was an irreparable turning point towards an authoritarian state. He was found dead in his Frankfurt apartment on 30 June 1968. The circumstances of his death have remained unsolved to this day.