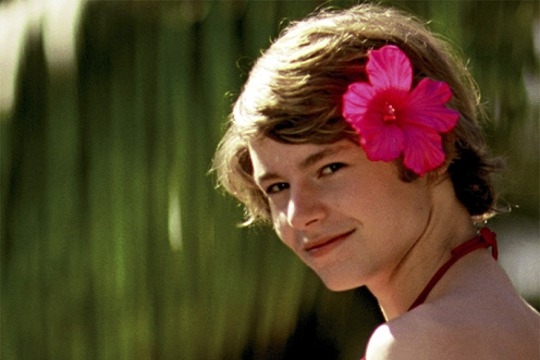 Twelve year old Greg inherited the competitive spirit of his father. During a family vacation, both have the chance to express their differences. While the father pushes the son into a swim contest, Greg prefers to practice at playing telephone pranks and dressing in drag. The father is hoping mad about Greg‘s passion, but Greg tries at reconciliation by entering a beauty contest for women. The film is based on a true story.

Born in Sydney on 15.11.1971 where she studied at the Australian Film, Television and Radio School. Besides making short films and documentaries, she has also worked as a director on television productions