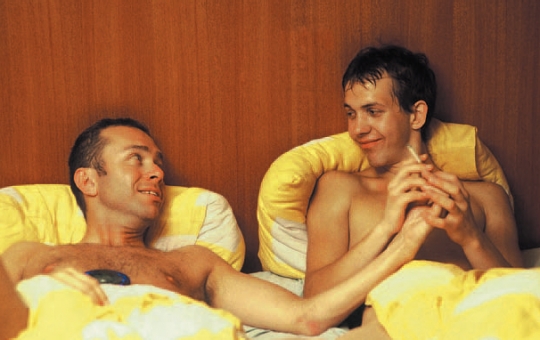 In 1997, a man was convicted for having sex with an underage boy. Two months before his sixteenth birthday, the boy in question had responded to an advert the man had placed in the personals. The boy was exactly 56 days too young. According to Norwegian law, sex is legal from the age of sixteen. As the film’s director, Jacobsen, comments: “The details of what happened were probably nothing to be particularly proud of, but what amazes me is the way this case made so many people scream blue murder.”

Born in Trondheim in 1962. He was a radio producer and also worked as an assistant director at Nye Theater in Oslo. His claim to fame is that, for years, he was Norway's only genuine underground filmmaker.

Born in Oslo in 1968. He worked as a music and radio producer before entering the film industry; to date he has made two documentaries about gays in Norway.