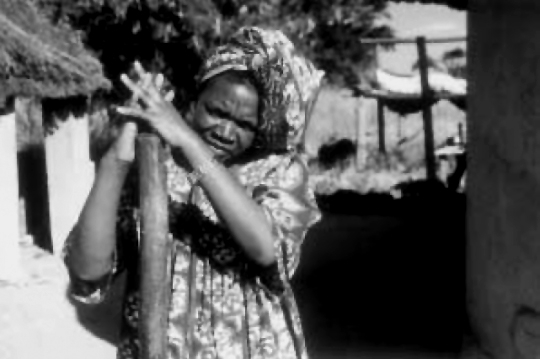 This film tells the story of two women lovers named Nongoma and Tsitsi who live in the country in Zimbabwe. Lesbian relationships are very much taboo in Zimbabwe and, when their secret affair is discovered, Nongoma is obliged to run away from her village and escape to the city. Meanwhile, Tsitsi’s family are convinced she is possessed by an evil spirit. Two years later, the two women meet again by chance in Mutare...

Born in Mutare, Zimbabwe in 1968.Took a degree in marketing management and became a stage actress. She took part in several video seminars in Chemnitz in 1999 and was a member of the jury for the Berlinale’s “Teddy” Award.