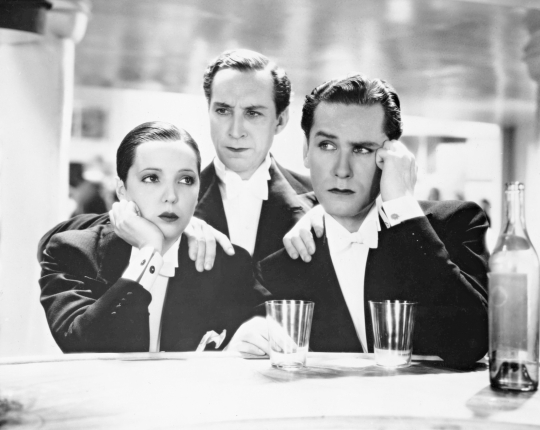 The fashion salon employee Elizabeth dreams of a stage career, the small-part actor Victor of a bright future as a Shakespearean mime. Both dreams fail miserably at the artists' agency. Victor will have to continue to appear as a female impersonator. When Elizabeth loses her job and Victor his voice due to a cold, the young woman stands in for him. She puts on trousers and now plays a man as a woman playing a woman. Her performance becomes a huge success, which leads "Victoria" and her "manager" to stages all over Europe - until an English princess becomes suspicious in France and wants to find out the truth during a trip to the Riviera ... The British remake of Reinhold Schünzel's Viktor und Viktoria is a revue film with many dance and song numbers, in which the sexual confusion of the original takes a back seat to other show values: the glamorous locations on the Mediterranean, the elaborate stage sets, which the film architect O. F. Werndorff, and the extravagant creations of costume designer Joe Strassner, who had previously worked as a fashion designer on Berlin's Kurfürstendamm and as a couturier for Ufa.

Born September 25, 1895 in Birmingham, England, UK, Victor 's first involvement with the film business was as manager of a small theater in Coventry. In 1936, Saville set up a company under his own name (Victor Saville Productions) with the noted screenwriter Ian Dalrymple as his partner. They made several features for Alexander Korda at Denham Studios, including South Riding (1938), often cited as Saville's best film. He then moved to Hollywood where he acted primarily as producer. He did direct one more A-grade film, Green Dolphin Street (1947), though the artistic failure of a miscast biblical epic, The Silver Chalice (1954), hastened Saville's eventual retirement from the industry.