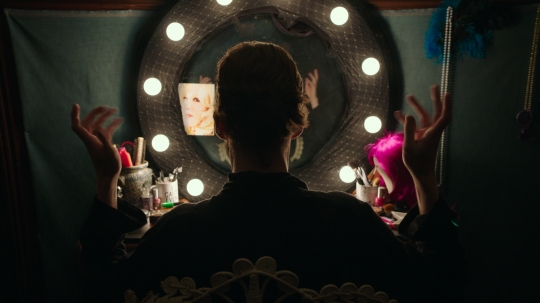 ‘Being fabulous, no: being relentlessly fabulous is damn hard work. I should know. I've dedicated my life to the pursuit of it.’ Could Billy Bloom be like everyone else if he wanted to? It would certainly save him a whole lot of trouble. But he has absolutely no desire to be like them. When others call him theatrical, he takes it as a compliment; when his classmates feel provoked by his drive to be different, it only motivates him further. ‘The nail that sticks out gets hammered down’, his father warns him. That does not deter Billy from deciding to run for homecoming queen. Somewhere in-between David Bowie, Lady Gaga, Freddy Mercury and Oscar Wilde, in the transgressive space of pop culture and dressed up as a high school comedy with wit, heart and a dazzling cast, Freak Show is about the violence of conformity and the power of self-determination.

Born in Bromsgrove, UK in 1954, she is an actor, director and producer as well as an environmental activist and an ambassador for UNICEF. After beginning her career as an actor in theatre and television, since the 1990s she has chiefly worked behind the camera, producing feature films including Guy Ritchie’s Snatch (2000) and Duncan Jones' Moon (2009), as well as documentaries. In 2011 she founded the production company Maven Pictures with Celine Rattray which has produced films such as Still Alice (2014) and American Honey (2016). Freak Show marks her debut as a director.