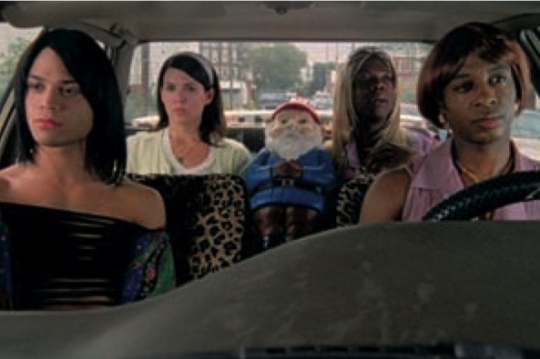 When Amanda is offered a ride in a car she has no idea that this will be the trip of her life. Her existence as a suburban housewife will never be the same again.

Born in New York, she started her career as a commercials copywriter and worked on ad campaigns for Clearasil and Maxwell House coffee. She founded a theatre ensemble in New York and later began working as a series writer for television. She received an Emmy for her scripts for the series SEX AND THE CITY. She also works as a producer. GNOME marks her debut as a film director.