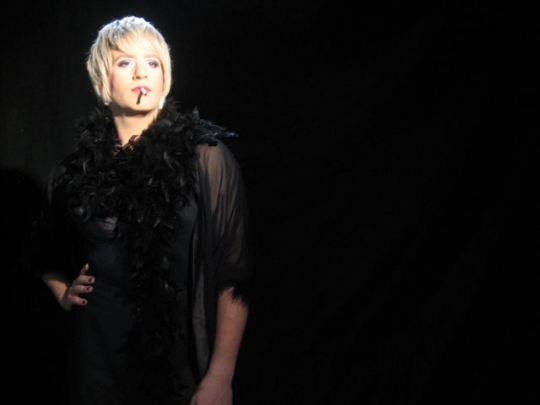 GEVALD, like the documentary CITY OF BORDERS, tells the story of the ”Shushan“ bar, the only Jerusalem bar that caters to the queer community in the Holy city. The film unravels all within one single night, in November 2006. Tomorrow, an unofficial Pride parade is planned, instead of the larger public event that was cancelled due to violence by religious organizations against the queer community. Tonight a young women attempts to convince her partner not to attend the parade. On stage drag kings and queens perform for their right to march and live. The bar ”Shushan“ closed its doors in 2007.

Born in Israel on 12.6.1978, she studied literature, philosophy and film in Tel Aviv. She has made several short films. In 2006 she made a documentary, METAMORPHOSIS, about violence against women.