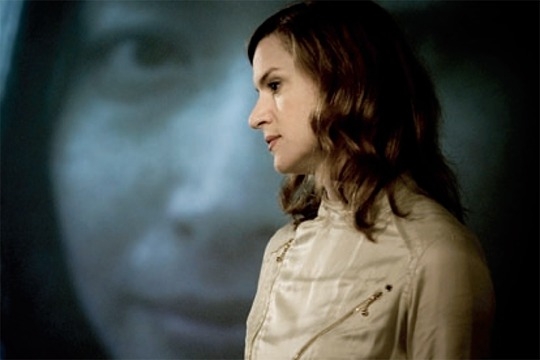 GHOSTED is the haunting story of an unusual love affair bridging two cultures and two cities: The sudden death in unexplained circumstances of her young Taiwanese lover, Ai-ling, throws Hamburg artist Sophie Schmitt completely off kilter. She travels to Taipei to exhibit a video installation dedicated to Ai-ling. On the opening night, Sophie is approached by a pushy journalist, Mei-li, who takes her on a trip to the famous Taipei night markets and attempts to seduce the grieving artist. But Sophie rejects her and returns to Hamburg. Shortly thereafter, Mei-li turns up unannounced on Sophie's doorstep. Soon, Sophie realises that Mei-li is secretly investigating Ai-ling's death. Sophie is unsettled by a series of events and sudden flashbacks. Then she discovers that the Taiwanese newspaper that Mei-Li claims to work for has never heard of her and that no one with her name has ever entered Germany. Who, then, is this beautiful and mysterious stranger...?