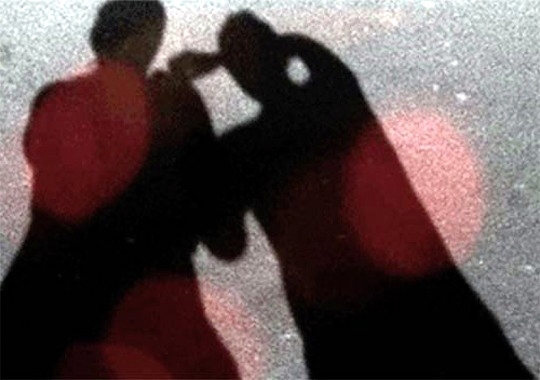 GENERATIONS is a 30-minute16mm film about mentoring and passing on the tradition of personal experimental filmmaking.  Barbara Hammer, 70 years old, hands the camera to Gina Carducci, a young queer filmmaker. Shooting during the last days of Astroland at Coney Island, New York, the filmmakers find that the inevitable fact of ageing echoes in the architecture of the amusement park and in the emulsion of the film medium itself. Editing completely separately both picture and sound, the filmmakers join their films in the middle when they’ve finished making a true generational and experimental experiment.

In a time when digital dominates the art domain, a DIY aesthetic is embraced by Gina Carducci, a young thirty-year-old filmmaker who hand processes 16mm film and a seventy-year-old pioneer of queer experimental cinema, Barbara Hammer. Hammer invites Carducci to collaborate on a new film, GENERATIONS.

Celebrating Hammer's spontaneous shooting style and dense editing montage with Carducci's studied cinematography, the two filmmakers, generations apart in age, shoot the last days of Astroland in Coney Island, New York. The aged but vibrant amusement park, characteristic of the 70-year-old Hammer, is a fitting environment for the photoplay of the two Bolex filmmakers.

Inspired by the revolutionary Shirley Clarke film, BRIDGES-GO-ROUND (1953) where Clarke printed the same footage twice using two different soundtracks, Carducci/Hammer go further. Each filmmaker will take the same footage and sound elements and edit her own version/vision. Carducci will edit in film, Hammer in digital, which will be output, to film for the final piece.

Joined together at the middle, the final 20-30 minute film, GENERATIONS, will inspire experimentation, collaboration, and the continual use of film in a digital age and cross-generational mentoring.