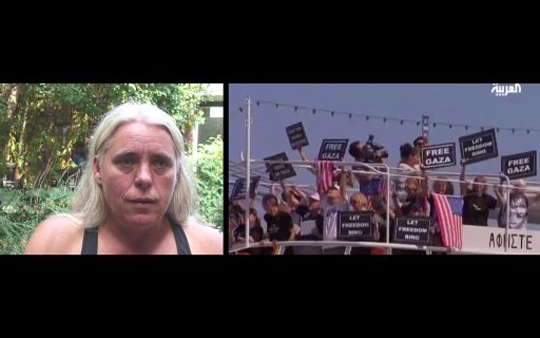 A mashup of Otto Preminger’s film EXODUS about the founding of the state of Israel, with the voices of Canadian activists who take part in the Gaza flotilla raid in their boat. In typical comic book hero style, the Green Lasers fight against oppression and injustice in the Gaza strip.