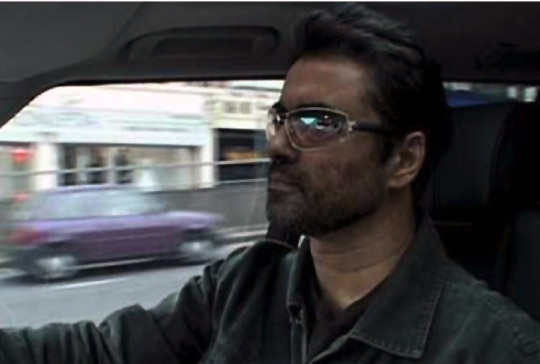 Much has been written and even more has been said about George Michael. Not much is known, however, about how he himself sees the story of the young man from suburban Edgware in Middlesex in England who one day became one of the greatest idols of his generation. What makes this documentary special is that George Michael himself acts as tour guide on an excursion to the major venues of his childhood. In the film, he talks for the first time about his mother, who supported him for many years and who died far too young. For many of his fans, the film’s most moving moment could well be his meeting with his onetime “Wham” partner, Andrew Ridgeley, whom he has not seen for twenty years. George Michael’s career really took off with the release of his first solo album. Yet there were downsides to his meteoric rise to stardom. George Michael talks candidly about the adverse effect his fan’s paeans of praise as well as their insatiable fascination for the star George Michael was to have on his private life. And who can forget George Michael’s appearance at the Freddie Mercury Tribute Concert; whilst he performed, his partner Anselmo was dying of Aids. Last but not least, George Michael talks about the scandal that almost put paid to his stardom and his career when he was charged with lewd behaviour in a Beverly Hills’ toilet in 1999. George Michael’s life is constantly in the public eye. This time, he talks willingly about himself – and leaves no question unanswered.

He has directed numerous programmes, documentaries and concert recordings for the BBC. His films have often received awards. His television documentary, THE SOUND OF MUSIC CHILDREN FOR ITV, received the New York Film Festival Award in the year 2000.