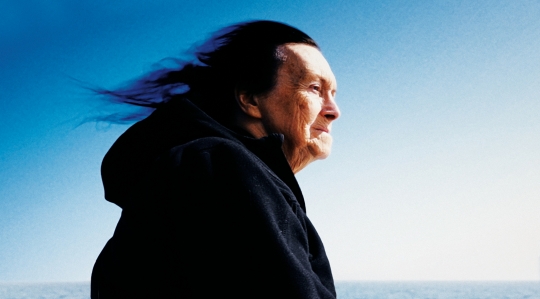 Monika Treut’s Gendernauts was one of the first films to portray the transgender movement in San Francisco. Twenty years after the film screened in Panorama in 1999, Treut seeks out the pioneers of that time. What has changed? How have the lives of the protagonists evolved? San Francisco was once, as Annie Sprinkle puts it, the “clitoris of the USA”, but today the tech industry has a firm grip on the city. Aggressive gentrification has displaced the genderqueer community of yesteryear. Under the Trump administration, hard-won transgender rights are under massive pressure as protection against discrimination in healthcare and freedom of choice in the use of public toilets are rolled back.
Alternating between quiet, unobtrusive images and flashbacks, the film delineates how the gendernauts have grown into their identities over the years, developed their careers and started families, and how their energy continues to have an impact today. Their activism has changed over time, but the struggles continue. New perspectives have been added – such as the relationship between humankind and nature in the Anthroprocene epoch – but also the question of how they want to live in old age.