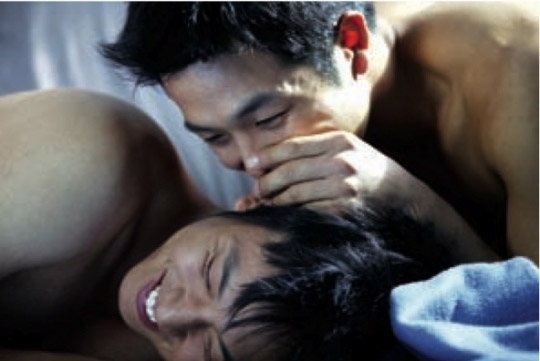 In his feature film debut Korean director Leesong Hee-il tells the story of a gay love affair that draws as much inspiration from the modern melodramas of Asian queer cinema as it does from the social realism of Charles Dickens' novels. Su-min has grown up at an orphanage in the country. When he comes to Seoul to study design he encounters a world that is completely alien to him. At first he finds a job at a factory, only to lose it swiftly as a result of redundancies. Before long, Su-min finds himself working as a rent boy at a gay bar. Among his admirers is Jae-min, the son of a wealthy family, who does everything in his power to win Su-min's heart and, naturally, his physical devotion. Jae-min's father is a factory owner. His family is very conservative and his relatives would certainly not be able to come to terms with Jaemin's sexual persuasion. Su-min finally gives in to his admirer's urging and an intensely passionate affair begins. But the young men's happiness is short-lived. Finally, the pressure that Jae-min's family exerts upon him turns a blissful relationship into unbearable suffering and their romance ends in tragedy.

Born in South Korea in 1971, he studied filmmaking at the Independent Film Society. Between 1995 and 2000, he was a member of the independent film group ‘youth Film’ during which time he made a number of short films which have screened at national and international film festivals. Today, he is one of the most eminent Korean directors of queer film. He was a guest of the 57th Berlinale with his debut feature film NO REGRET.