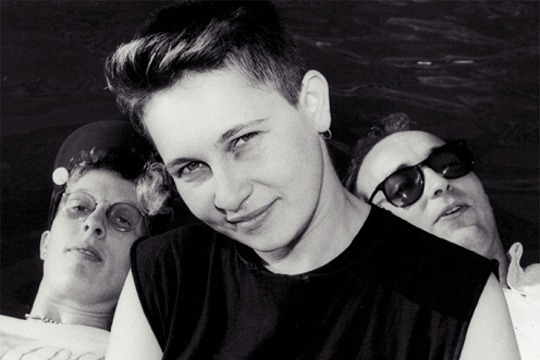 In 1985 there were three known homosexuals in Israel and by 1998, 3000. In this short, intense and dramatic period Israel goes through the fastest, most colourful revolution of the late 20th Century. Not a bloody revolution, rather a coming together of academics, prostitutes, transsexuals, singers, hairdressers and army officers, marked by personal tragedy, hopes, challenges, setbacks and sudden breakdowns. Director Yair Quedar, ex-soldier and then member of the movement followed the revolution in his newspaper »The Pink Times«. Using rare archive material, personal accounts, moving scenes and journal entries, the film tells the until now untold story of the LGBT-Revolution in Israel.

In 1988 homosexuality was still a crime in Israel and very few lived their lives openly as homosexuals. Gay and lesbian declarations in the arts and media were subject to censorship; gays were excluded from the army, the police and other public institutions – without recourse to appeal. Moreover, police brutality against gays and transsexuals was the order of the day and such incidences were never prosecuted. Ten years later, in 1998, there were around 3,000 gays and lesbians living openly as homosexuals; a transsexual singer (Dana International) represented Israel at the Eurovision Song Contest; there were happy gay characters in popular television series and, in the armed forces and other state institutions. It was officially forbidden to discriminate against people on account of their sexual orientation. Several thousand people – Jews and Arabs, young and old, gays and lesbians, religious devotees and atheists, transvestites, drag queens, prostitutes, professors, soldiers and police officers – all marched together in the ‘pride parades’.
Nowadays Israel’s gay and lesbian community is one of the most flourishing in the western world. Now that the community is represented in prominent positions in civil, military and state institutions, many gays and lesbians are now standing in the front line of Israel’s civil society. What has made the ‘pink community’ in Israel so successful in a society more commonly associated with conflict and racism?
Making use of rarely seen archive material and testimonials from key figures,
Yair Qedar’s film tells the story of the ‘pink revolution’, as he sees it in 2009, ten years after its success.

Yair Qedar, born in 1969 in Israel, where he works as a documentary filmmaker and dedicated journalist. The creator of several media projects, he was also the founding editor of “HaZman Havarod“ (Pink Time), the first Israeli newspaper for gays, lesbians and transsexuals. He is the editor of the anthology “Beyond Sexuality” and founder of the magazine “Tal Tarbut” (Subculture), and his own writings have also appeared in several publications. He is currently developing a film about the poet Leah Goldberg.