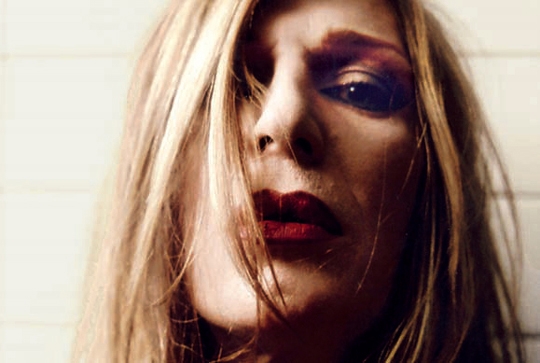 Chantal is the manager, hostess and stage-hogging front woman of ‘House of Shame'-Party. In this documentary, filmmaker Johanna Jackie Baier tells her story. It begins with Chantal’s escape to Berlin from the confines of a small country town in southwest Germany in the autumn of 1980. Interweaving interviews and portraits, but also on- and off-stage stories, backstage gossip, copious amounts of music and excerpts from her shows, the film allows Chantal’s story to unfold before a backdrop of recent and very recent history. HOUSE OF SHAME takes us to the squats of Oranienstrasse of the early 1980s; to Martin Kippenberger’s newly founded club ‘SO36’; to the studios of the artists of the ‘Neuen Wilden’ movement (Salomé et al), and the epicenter of gay emancipation. The film also takes a look at the lives and deaths of transsexuals. No amount of colorful parades and riotous parties can conceal the fault lines in a personality: a body can thwart everything and lead to apartheid among sex workers, in bars and even in everyday professional life.

The eponymous party is always the film’s focus. It’s been eleven years since this weekly party slot premiered. An instant hit, within a year, Chantal’s get together had become the Thursday night floor-filler par excellence. The event is now a must for any self-respecting visitor to Berlin game for encounters of the transgressive kind – regardless of whether this involves inter-, trans- or other queer gender transgressions or simply the line between good taste and burlesque… Masculine types, queens, courageous heterosexuals – they all queue up gladly to catch a glimpse of Chantal and her weird and wacky entourage.